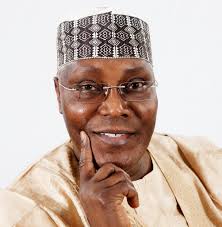 Former Vice President of Nigeria and Presidential candidate of the Peoples Democratic Party, PDP in the 2019 presidential election, Alhaji Atiku Abubakar has again called on the Federal Government to liberalise the nation’s downstream oil sector as the current situation whereby the NNPC uses scarce foreign exchange to import fuel at subsidised rates is not sustainable.
In a statement issued by Media Adviser to Atiku Abubakar, Mr. Paul Ibe in Abuja on Sunday, 10th May, 2020, the focus of the Federal Government should be to aggressively drive the enhancement of our local capacity to process larger quantities of our crude for domestic consumption and not be fixated over price fixing.
He emphasized that closely related to this, is the need to build the enabling infrastructure to add value to the economy via the development of petrochemical facilities. These will allow the country to impact upon so many sectors including agriculture, pharmaceuticals, textiles and construction as well as food processing.
According to him, UNIDO estimates that up to 1 million new jobs can be created in Nigeria within 10 years through investments in petrochemicals and petrochemicals-based activities.
On the propriety of fixing of the pump price of petrol, he noted that the price of petrol is not determined by only the price of crude. “The price of crude and fuel can fall even further or go back up without notice. Nigeria as it stands today does not even have the money to continue to be involved in backstopping fuel price at any level. And the way to go is to liberalise the downstream subsector and not fix prices as long as the marketers can import on their own and sell.”
Atiku Abubakar said the way out of this embarrassing situation, is to prioritize investments to ramp up our domestic refining capacity and ensure that Nigeria starts to process domestically at least 50 percent of its current crude oil output of 2 million barrels per day. This, he said, can be achieved within a very short time if government encourages private sector participation under a liberalised downstream.
Atiku Abubakar’s position follows report of another planned adjustment in the pump price of premium motor spirit (PMS), otherwise known as petrol. The planned reduction is coming against the backdrop of an earlier one from N145 to N125 per litre in March.
He lamented that Nigeria is by far the most inefficient OPEC member country in terms of both the percentage of installed reﬁning capacity that works and the percentage of crude reﬁned, trailing behind countries like Iraq and Libya that have recently been at war or are experiencing civil strife.
He regretted that Nigeria is currently the largest importer of PMS in the world, noting that not only is this counterproductive for the economy, it equally has signiﬁcant balance-of-trade implications (especially in this season of Covid-19 instigated economic meltdown) due to reﬁned oil products being by far the single largest import item on which Nigeria spends its diminishing hard-earned foreign currency.
“And given the extensive capital outlay that this may command, our goal should be to privatise existing refineries and create opportunity for new ones in our effort to diversify the economy, generate additional revenues and create jobs. The reports that our refineries did not produce petrol in eight months even makes the case for the privatization of the four refineries compelling to pave way for private investment that will spur efficiency, productivity and profitability”, he said.
He, however, welcomes the recent announcement that the refineries would be privatized and urged that the process be accelerated.