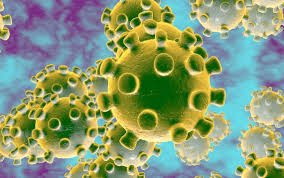 As coronavirus pandemic continued to claim more lives across the world, ten more death have again been recorded on Friday in Nigeria arising from the deadly disease, making the total deaths to 117.
Report released by the Nigerian Centre for Disease Control, NCDC revealed that the country recorded 10 new death late Friday.
It was disclosed that five of the 10 deaths were recorded from Kano, which takes its overall deaths to 18 in the state.
Meanwhile, Lagos state with 33 deaths has the highest number of fatality, while Borno has 14 deaths.
Sokoto recorded one death on Friday to take its total to nine, while Katsina has recorded eight deaths so far from the pandemic.
The Federal Capital Territory, FCT, Edo, Ogun and Osun have four Coronavirus deaths each, while Zamfara and Delta have three death cases each.
Others are: Kaduna, Oyo, Rivers and Akwa Ibom, two deaths each; while Bauchi, Jigawa, Nasarawa, Yobe and Ekiti have recorded one death each.