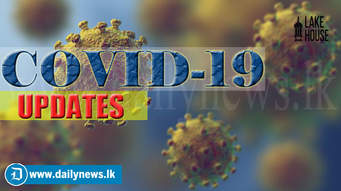 As coronavirus pandemic continued to ravage the whole world, the deadly disease has so far killed more than 250,000 people globally.
With the current development, the death toll has crossed the quarter million since the inception of the Covid-19 pandemic.
According to their data, John Hopkins University and worldometers info tracking the virus impact showed that the Covid-19 fatalities have surpassed 250,000.
John Hopkins reported a death toll of 250,687, while worldometers showed the fatalities surging higher at 251,612.
The new level was reached as cases around the world continue to surge past 3.5 million.
In the last 24 hours, some 3,466 deaths were reported, while while nearly 72,246 new infections were counted.
According to worldometers.info, the global total of infections is now 3,635,935. John Hopkins counter showed 3,573,864.
The United States, the top Covid-19 hot spot and Europe, especially Russia, drove the surge in new cases and deaths.
The US accounted for fewer than 1,000 of the new fatalities, adding 878 between Sunday and Monday evening.
Seven hard-hit countries in Europe, where outbreaks have infected in excess of 100,000 people reported altogether 1,170 deaths as at 2300GMT.
In total, the US has counted 69,476 deaths, said worldometers.info, while Italy is second with 29,079 deaths.
Basesd on these datas, UK has the third highest death toll at 28,734, followed by Spain with 25,428 with France taking the fifth highest death record of 25,201.