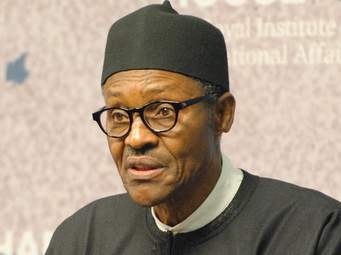 Sierra Leone has pledged to strengthen economic relations with Nigeria by investing in its mining sector.
High Commissioner of Sierra Leone to Nigeria, Dr Solomon Gembeh, said this in Abuja on the sidelines of the commemoration of Sierra Leone’s 59th Independence Anniversary.
He said that the trade cooperation existing between both countries dated back to 1961.
According to him, because Nigeria and other African countries have huge deposits of diamond and iron ore, there is the need for a review of Sierra Leone’s laws with a view to promoting bilateral trade.
He said: “We will create the enabling environment for Nigerians to invest in our country. So in the area of economic trade and investment, the country is open.
“We are open to Nigeria to invest in Sierra Leone. Nigeria as our big brother has been good to us all through development after the civil war, to Ebola, and recently in education.
“We have a lot of bilateral relationships with Nigeria being the largest economy in Africa and also the largest black nation in the world.
“Nigeria has a population of almost 200 million people, while Sierra Leone has 7.5 million people. So the only thing we can do is to follow in its footsteps.
“Out of 13 banks that are operating in Sierra Leone, 9 are owned by Nigerians and 95 per cent of the people, who work in those banks are Sierra Leonean.
“We need to look at our relationships in Africa; how we can look at ourselves after this coronavirus; how we can trade with each other with free movement policy in place within ECOWAS region.
“We should be able to trade and do things where we can be able to compete with the Western economies and not solely depend on them.”
He said that although the mining sector in Sierra Leone was in a deplorable condition, measures had been taken to privatise some state-owned enterprises and bring about economic profit.
“We reviewed the mining agreement in the interest of our country, to enable us focus on legalities and to strengthen the fight against corruption.
“There are arbitrations we looked into, which brought about delay in the development process.
”I applaud president Bio vision in fighting corruption and making sure anything we have do is transparent.
“Lots of people so far have been brought to book to account for over $100million,” he stated.
He said that although Monday April 27, marked an important milestone in Sierra Leone’s history since 59-years of independence from Britain, efforts would continue to be made on ways to sustain economic growth.
“As we celebrate 59 years of independence, we need to take the opportunity to express our deepest sorrow for those who lost their lives and those currently in hospitals, battling the coronavirus disease,” he said.
Gembeh also lauded President Julius Maada Bio of Sierra Leone for repositioning the country toward becoming ”the Singapore of Africa” through the provision of free quality education.
He said the fallen standard of education in the country was an outcome of the civil war in that country, which affected a significant number of children.
“They cannot fully express themselves on basic things. So when the president assumed office, his main goal was to create a human resources development.
“If we are to be somewhere in the technology age, we need to invest in our children so that we can be updated with the technology of tomorrow, to get there.
“22 per cent of our domestic earnings are invested on education; this is to enable us to compete favourably with other economies in modern technological era,” he added.