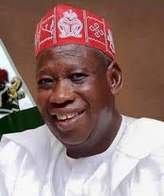 Peoples Democratic Party, PDP has called for immediate investigation into the recent mass death in Kano state, berating Governor Umar Ganduje for abandoning governance.
PDP also called for a Presidential visit to the state, where not less than 640 citizens had reportedly died in a mysterious circumstances to see the level of damages caused by the death.
The party’s call is predicated on conflicting reports emanating from Kano State on the cause of the sudden deaths particularly at this time that our nation is battling with the spread of COVID-19 pandemic.
The PDP notes with dismay that the Buhari Presidency had failed to take any concrete step on this frightening development, but is, as usual, waiting to be prodded to stand up to the demand of the office and proceed to Kano state to identity with the people, find solution and contain the ugly situation.
The party described as lamentable that President Muhammadu Buhari, who promised to lead from the front, and who recently took up the toga of ECOWAS COVID-19 Response Champion, had rather receded into the safety of Aso Villa and failed to promptly activate any concrete and visible action to investigate and arrest the situation in Kano, where Nigerians are dying in their hundreds.
The PDP described the situation as yet another manifestation of leadership failure and insensitivity of the Buhari-led All Progressives Congress, APC administration to the plight of Nigerians at critical moments.
“Our party holds that the situation in Kano demands an immediate Presidential visit and investigation at the very high level. Those dying in Kano are Nigerians and must not be abandoned. The development deserves an utmost Presidential attention to avoid further escalation.
“This is particularly imperative as it is evident that Governor Abdullahi Ganduje and his APC-led administration in Kano State are totally incompetent and have become overwhelmed after failing to take appropriate measures to combat the spread of the coronavirus or whatever medical situation that has taken over the state.
“When Ganduje, who is being dogged by allegations of corruption, was expected to ensure compliance to preventive measures, he rather chose to abandon governance and spent executive time pursuing controversial extraneous issues that have no direct benefits on the lives of the people.
“It is even more ludicrous that Governor Ganduje chose to politicize the health issues in his state by resorting to unnecessary denials and pecuniary concerns.
“Such anti-people approach to governance is always symptomatic of a leadership that did not emanate from the mandate of the people.
“Furthermore, it is left for Governor Ganduje to explain why he failed to contain his daughter, Dr. Amina Umar Ganduje, whose reported overbearing attitude in the Kano state COVID-19 task force allegedly contributed to the crippling of the activities of those charged with taking preventive measures.
“Our party therefore calls on Nigerians to hold Governor Ganduje and his APC administration responsible for the development in Kano State which had worsened due to the failure of both Kano state and the Federal Government to promptly investigate and contain the situation.
Consequently, the PDP charges President Buhari to immediately wade in and arrest the situation in Kano without any further delay.