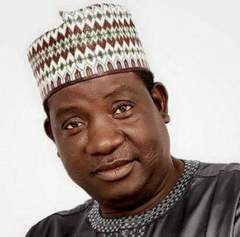 Plateau State government has swung into action by investigating the circumstances surrounding the leak of confidential laboratory result of some suspected COVID-19 cases carried out at the National Veterinary Research Institute, NVRI testing centre in Vom.
State Commissioner for Information and Communication, Mr Dan Manjang, stated this in a press release issued in Jos.
It was reported on Thursday, 23rd April, that result and name of a suspected person with COVID-19, which tested positive, was circulating in different platforms of the social media.
This went on before the official announcement by the National Centre for Disease Contro NCDC, and the Plateau State government.
According to the commissioner, “The patient, who is the first state index case, came into Jos from Kano on April 17.
The commissioner said government was disappointed over such unprofessional act, which had breached ethical medical standards and exposed the suspected case to negative consequences, including stigmatization and discrimination.
He said the state Government totally condemned the act, which “regrettably has the tendency of jeopardising its efforts in fighting the coronavirus pandemic that is ravaging the world.
Manjang said that the state was conducting investigations to unravel those responsible for the unethical act with a view of punishing them to forestall future occurrence.
He said the investigation would cover the entire process of the test, from sample collection, investigation and result dissemination.
The commissioner assured members of the public not to be deterred by the incident as all measures had been taken to ensure that such incident did not occur again.
Meanwhile, the acting Director of NVRI, Dr Rueben Ocholi, has reacted to the development in a statement issued on NVRI official website http://www.nvri.gov.ng on Saturday, April 25.
Ocholi stated that the Institute was highly professional and had consistently provided high quality diagnostic and research data for many years without a case of breach of ethics.
He explained that NVRI adhered to the established system of communication of COVID-19 diagnostic results developed by the NCDC.
Ocholi, however, called on all stakeholders involved in managing COVID-19 case information for Plateau State to quickly investigate the breach.