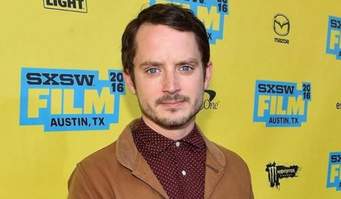 Fast-rising Nigerian filmmaker, Umanu Elijah has returned to the trenches to shoot a short movie titled, “JOCA (Just One Call Away)” in a bid to sensitize the public on the deadly Coronavirus.
This is coming when the world is at a standstill because of the Coronavirus pandemic, which has affected all industries, including the entertainment industry.
The movie which was produced by Lemuel Bawa and Miracle Nduka, was released yesterday on Krystal TV Africa and YouTube channel.
Umanu, who has created a niche for himself from his award-winning short film “Mustapha” and ‘Dark Spotlight’ said “JOCA” is timely, given the way the pandemic is spreading across the world.
According to him, “The movie, tells a story of Richard, a staunch believer, who returns from abroad and exhibits symptoms of COVID-19.
His pregnant wife, Kemi suspects he may have been exposed to the virus and insists they call NCDC to get him tested.
However, his spiritual belief would rather make him depend on the word of God for healing than being kept in an isolation center, where he fears he may never have the chance to be with his family again.
Directed by Umanu himself, the movie stars the likes of Kunle Remi and Bolaji Ogunmola among other Nollywood actors. It was produced in collaboration with Krystal Filmworks and Ebwa Productions.
It has only become a tradition for the industry to mirror films after certain occurrences. Of course, I cannot forget 93 Days, the 2016 thriller about the Ebola Virus outbreak in 2014. That was one movie that mirrored the travails of a nation and those who became our heroes.