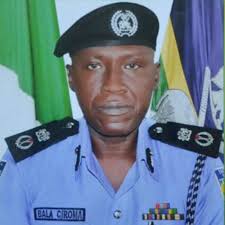 The Police Command in the Federal Capital Territory, FCT , on Friday, said it had arraigned 1,909 violators of the Federal Government’s lockdown order before 13 mobile courts in the territory.
The Commissioner of Police (CP) in charge of the command, Mr Bala Ciroma, disclosed this at a news conference in Abuja.
He said that the mobile court convicted 1,736 of the violators and discharged 145, while 28 had their cases adjourned.
Ciroma said the convicted violators were sentenced to community service or given the option of fine.
The police commissioner said that the command had been on the street, enforcing the presidential lockdown order to contain the spread of coronavirus.
He said that the violators were arrested in the course of the enforcement exercise and arraigned before the mobile courts.
Ciroma called on traditional, religious and community leaders to complement the efforts of the government to contain the spread of the rampaging pandemic.
He also urged the leaders to use their influence to educate and enlighten their followers on the need to observe the presidential lockdown order.
According to him, while playing a lead role in the enforcement of the lockdown, the command has intensified efforts to protect lives and property in the FCT.
He said that the command had put in place proactive crime-fighting measures to nip crimes and criminal activities in the bud in the FCT.
He said, “I want to assure FCT residents that the command is committed to the provision of quality service that will meet their policing needs.
“I also want to encourage the public to continue to partner with the command in its fight against crimes by actively participating in the policing of their communities”