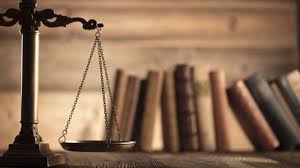 Ondo government Friday docked four men suspected to be the killers of Funke Olakunrin, the daughter of the national leader of Afenifere.
The accused persons- Muhammed Usman, 26; Mazaje Lawal, 40; Adamu Adamu, 60 and Awalu Abubakar, 25- are facing a four-count charge bordering on conspiracy, murder and kidnapping.
The Chief Magistrate, Mrs Victoria Bob-Manuel, who did not take the plea of the accused, ordered that they should be remanded at the Nigeria Correctional Centre in Owo, pending the receipt of legal advice from the Director of Public Prosecution, DPP.
Bob-Manuel also ordered that the accused should be tested for COVID-19 by the officials of Nigeria Centre for Disease Control (NCDC) to ascertain their status before being taken to the correctional centre.
The original copy of the case file, she added, should be sent to the state’s Chief Registrar for safe keeping.
Bob-Manuel adjourned the case till June 3 for legal advice.
Prosecutor and a Principal Legal Officer in the Office of the DPP, Mr John Joshua, told the court that the four accused persons and others still at large, conspired and murdered the 58-year-old Olakunrin.
Joshua also alleged that the accused persons killed one Ogunbiyi Mattew, 65, and kidnapped one Gerald Igboayaka.
He further alleged that the accused persons committed the offences on or before July 12, 2019 at about 9:00am, at the Ore tollgate on the Ore-Ijebu-Ode Expressway.
The prosecutor said the offences contravened Sections 516 and 316 of Criminal Code, Cap 37, Vol. 1, Laws of Ondo State, 2006 and Section 3(ii)(b) of the Ondo State Anti-Kidnapping and Anti-Abduction Law, 2010.
Ondo State Attorney General and Commissioner for Justice, Mr Adekola Olawoye, who appeared for the state, said the government would ensure that the law took its course.
“It is not that the deceased was a daughter of Pa Fasoranti, but it has always been the tradition of the present government under Gov. Oluwarotimi Akeredolu to ensure that criminality is wiped out in the state,” Olawoye said.
The the blood samples of the accused were taken by officials of NCDC at the premises of the court to ascertain their COVID-19 status before they were released to prison officials.
Funke was killed on 12 July last year at Kajola, on the Ondo-Ore Road, by people said to be Fulani marauders.
But last week, police said they have recorded a breakthrough with the men’s arrest.
Police spokesman DCP Frank Mba said the police had established sufficient physical and forensic evidence against the suspects.