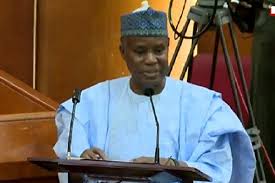 Idealposts
The Nigeria Defence Headquarters, DHQ, has refuted alleged reports that the airstrikes of Air Task Force of Operation Lafiya Dole at Shokotoko Village in Damboa Local Government Area of Borno State hits civilian target, killing innocent and armless citizens in the air bombardment.
It explained that the attack helicopter that executed the mission was accompanied by an Intelligence, Surveillance and Reconnaissance, ISR aircraft to ensure proper targeting for avoidance of collateral damage.
Coordinator, Defence Media Operations, Major General John Enenche in a statement said, Nigerian Air Force, NAF pilots, by training and in line with extant Rules of Engagement, ROEs for the operation, do not attack any location if it is observed that non-combatants, especially women and children, are present.
General Eneche explained that any such cases, the pilots would rather return to Base with their munitions unexpended.