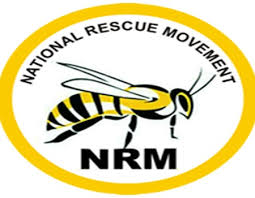 National Rescue Movement, NRM, one of the political parties that participated in the 2019 general election, hascommiserated with Nigerians over the corona virus pandemic, as it also commended the Federal Government for the actions so far taken to curb the spread of the virus to other parts of the country.

NRM said that palliative measures put in place by the Federal Government  typifies concern of President Muhammadu Buhari for the likely hardship that may be visited on the citizens following  its policy on lock down on Lagos, Abuja and Ogun.

In a statement issued and signed by the national legal adviser of the party, Obidike Okolo Esq, and made available to our correspondent, the Federal Government plans to decongest correctional centres to ensure safety of inmates is another show of commitment to healthcare of the citizens irrespective of their status.

The statement read, “No doubt, the policy is commendable in so far as it is targeted at enhancing the Nation’s Criminal Justice Administration Sector with a view to bringing succour to the generality of the populace in this period of global health uncertainty.

“However, as stakeholders in our country’s well-being, more particularly, as it relates to our present security challenges, we hereby entreat the government to exercise circumspection and profound cautionary judgment in the implementation of the policy.

“We hold this view fortified by the belief that if not properly handled in the course of implementation, it may worsen our already precarious security situation; if inmates at the correctional centres were to be released indiscriminately on the altar of decongestion.

“For the records we have no quarrel with the release of minor offenders who litter our correctional facilities at this period. But we certainly do have vehement objection to the policy extending to capital offenders who with impunity severally visited terror and unprecedented inhumanity on their fellow citizens in the name of insurgency, terrorism and armed banditry.

“Examples of these species of offenders are manifestly to be found especially in the North-East and North-West of the country, who to our mind should not be entitled to any form of prerogative of government which the present policy of decongestion may entail. They should be made to face justice squarely.

“While we appreciate the suggestion that State governments should pay the fines of some of the convicts, we would rather advise that philanthropist and religious institutions be encouraged to pay such fines as corporal works of charity. In this way, the aim of the decongestion policy would have been met as well as revenue generated for government’s dwindling economic reserves.

“The post Covid-19 era presents a cause for worry for every pro-active mind. We are concerned that in addition to the projected economic recession, there is a foreseeable food crisis in view. Food production has plunged considerably due to the present global health challenge and the prevailing situation of insecurity in the country.