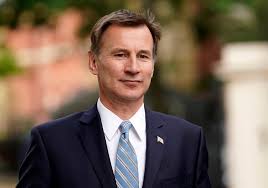 An estimated one million Britons may have been infected by coronavirus by next week, former British Health Secretary Jeremy Hunt claimed on Monday.

He said the outbreak is spiralling out of control, reports Daily Mail.

He told the House of Commons Britain currently has around 300,000 cases, based on a scientific estimate: 1,000 cases for every death.

He questioned the UK policy of testing patients in hospital.

”How can we possibly suppress the virus if we don’t know where it is?”, he said.

In Britain routine tests are given to people so ill they have to go into hospital, or those who are already on wards. NHS staff are not tested.