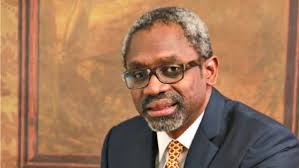 As the number of infected people in the country continue to increase on a daily basis, Chief of Staff to the President, Abba Kyari, has asked Speaker of House of Representatives, Femi Gbajabiamila, to direct all members of the House who recently returned from trips abroad to report to the nearest NCDC office with immediate effect for screening.

This was confirmed in a letter written to the Speaker, dated 21st March 2020, which was signed by Abba Kyari and sent to Femi Gbajabiamila at the National Assembly.

Kyari stated that the directive became necessary after the Minister of Health was informed that some members of the House of Representatives, who recently returned from foreign trips refused to subject themselves to screening at airports.

The letter reads “It has been brought to the Honourable Minister of Health, recently reported to this office that some members of the House of Representatives are refusing to subject themselves to medical screening at airports.

“As you are aware, these airport screenings are our primary line of defense and refusal by any citizen to subject to these tests is a threat to our nation.

“Accordingly, you are kindly requested to direct all members of the House of Representatives who returned to Nigeria from foreign trips to report themselves to the nearest NCDC test center with immediate effect.”

Reacting to the letter sent by Abba Kyari, spokesman of the House, Benjamin Kalu, said since there are cameras at the airport, officials should go through the camera to identify all those who returned to the country recently and refused to pass through the screening, so that they can be traced.

Kalu, however, noted that the letter was a wake-up call considering the ongoing situation of things in the country.

He said: “There is a screening process at the airport that is supposed to be obeyed by every patriotic citizen of this country irrespective of your status. It doesn’t matter if you are the President of the country, a Senator or a member of the House or a governor.

“Health is very important. If yours is not important to you, that of others is important to them and any negligent act by being careless might affect a whole lot of Nigerians.

” The call from the Presidency through the Chief of Staff is potentially wake up call. “The House will not feel that he was trying to pine on them what they are not. If there are those who did it, they should desist.

“Whether you are a House of Representative member or not, it doesn’t matter. Everybody is expected to subject himself. I am sure he sent that same letter to the Senate. It could be Ministers or Senator. There is nothing wrong about that.

“Yes, I have seen that letter being circulated online. What I am taking away from that letter is that people should make efforts to comply with this particular health policy and I am not seeing anything wrong with that letter.

“Adding my voice to what the Chief of Staff said, Members or Senators or whoever you are, comply with the simple instruction because this virus is real and does not care about your status. So, let us humble ourselves, wait a few minutes and pass through the checks.

“There is not humiliating in going into isolation if need be. You must save your family, friends and the people you work with. I think it is the patriotic thing to do and I commend the Chief of Staff to the President for rising that alarm and writing that letter.

“People should not misinterpret the letter because it is not an attack on the House of Representatives.

“The content of the letter is what should be taken which is that everyone should be careful no matter who you are.

“I carry my hand sanitizer and when I come in, I go through the process. They are very respectful and professional about what they do.

“I don’t know why anybody should claim to be a member of this or that and not subject himself or herself to such screening.

He stated that the members of the House of Representatives who pass through there without screening should be arrested and be properly checked before being released so that those infected with the virus are not allow in just like that.

“We don’t even know who has this virus right now and so, we have to take extra care.”