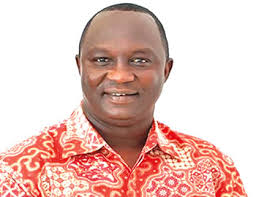 President, Trade Union Congress, TUC, Mr. Quadri Olaleye, has stated that political office holders in the country are not qualified to be paid pension considering their tenure of office.

Olaleye, said that the highest elected office holders stay in the office is eight years, adding that under the pension law, such office is not qualified for pension.

TUC President at a media parley in Abuja, however stressed that due process should be followed in pension administration.

According to him, “As an elected officeholder, the highest you can stay in office is eight years, so you are not qualified under pension law.”

“All the conditions put in place for pension, they are totally disqualified, they are not qualified for it.

“So based on the parameters, I want to say they are not entitled to pension and whatever they have taken as pension is a fraud against the Nigerian populace.”

On casualisation and outsourcing of the workforce, the TUC president said the Congress would join forces with the National Assembly to criminalise the practice.

Olaleye described casualisation as a situation whereby a company declares herself closed and sacks all their workers or declare them redundant.

“This companies resume after some time, employing workers and refuse to confirm their appointments as staff after several years.

“We have complained, we have a series of petitions, and letters to the National Assembly on the way employers casualise the employment process in the country.

“You will discover that a company that has a population of about 1,200 workers, 80 per cent of the workers in that company are casuals.

“And what that means is that there is no job security, you don’t have established salaries and allowances, and you dare not complain of condition of service, this is the situation we are in now.

“So criminalising it is something that TUC will like to partner with the National Assembly on, to ensure that we provide more permanent jobs in the country.”