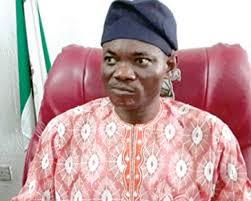 Adjoto, a chieftain of the All Progressive Congress, APC, made the clarification on Wednesday in Benin, adding that “I’ll not leave the house I contributed to build”.

The Special Adviser asserted that there was no reason for him to leave the APC for another party, stating that he and other progressives had made remarkable contributions to bring the party to reckoning.

He however described intimations that he had dumped the APC for another party as “fake news fabricated by his detractors to bring him to disrepute”.

Adjoto said that he had to make the clarification to set the records straight so that such fake news would be put to the dustbin by members of the public.

According to him, “I decided to clear the air on the matter because the recurring false narrative was becoming a source of concern to my teeming supporters.”

He said, “The fake news is a failed attempt to bring my name into murky waters of political hysteria. This has been the stock in trade of the fake news peddlers.

“The fabricated tale was even given a spice that I had gone ahead to lobby for the chairmanship position in the said party.

“These elements, who are only relevant during political upheavals will stop at nothing to throw a spanner in the wheel of peaceful resolutions as advocated by the leader of our party, President Muhammadu Buhari.

“For the umpteenth time, I remain a proud and ideological member of the APC with no iota of intention to defect to another political party”

Adjoto, who was also the immediate past speaker of the Edo State House of Assembly, stressed that he will not leave the party now or in the near future.