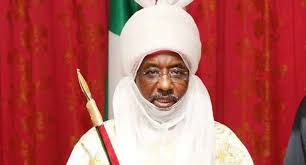 Kano State House of Assembly on Monday suspended five of its members following fracas that broke out last week when the former Emir, Muhammadu Sanusi II, was dethroned.

Speaker of the House, Abdulazeez Gafasa, said that the affected members were suspended for six months for alleged misconduct and abuse of house rules.

According to GAFASA, the five members were suspended for violating the rules of the House, especially Order IV Sub 4 a, b, d and e.

He said they behaved violently and even attempted to snatch away the mace in a clear attempt to sabotage the sitting of the House.

Last week, Kano lawmakers broke out in a rowdy session over the removal emir of Kano Muhammadu Sanusi II.

The mild drama started when the deputy speaker of the House, Hamisu Ibrahim Chidere moved a motion to discuss an issue relating to an investigation of the emir.

In a counter objection, member representing Dala constituency Lawan Hussaini vehemently kicked against the deputy speaker’s motion, insisting the matter was not on the list of proceedings.

The matter got to a head when the speaker said the House would discuss the motion on Sanusi. The move by the speaker polarised the assembly along party lines as All Progressives Congress’s lawmakers favoured the speaker’s decision. But the People’s Democratic Party lawmakers revolted.