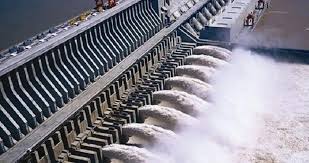 Federal Government said N700 million has been disbursed for the carrying out of survey works on the project site of 3,050 megawatts Mambilla Hydropower Plant in Taraba.

Federal Ministry of Power who disclosed this, said the disbursed fund will be deployed by surveyors to ascertain the actual land area for the project, before the commencement of compensation to beneficiaries.

This development emerged as information surfaced the internet, that the payment of compensation to owners of the land, where the N2 trillion power plant located had yet to begin.

Special Assistant to the Minister of Power on Media and Communications, Aaron Artimas, said, “Survey activity usually precedes compensation because you need to get the total land area. After that, you can then identify beneficiaries, as well as know the number of those displaced and those to be relocated”

He said, “Also, representatives of the host communities were at the meeting and they formed a committee at the instance of the ministry in order to be able to adequately articulate the interest of the communities that are involved”

“It might also interest you to know that the traditional rulers, elected officials from Taraba and other representatives came here in Abuja where the minister formally announced that payments had been made to the Taraba State Government, which is over N700m to carry out survey activities.”

What you should know: Mambilla Hydroelectric Power Station is a 3,050 MW hydroelectric power project under development in Nigeria.

When completed, it will be the largest power-generating installation in the country, and one of the largest hydroelectric power stations in Africa.