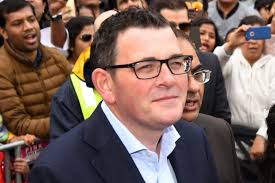 The state of Victoria in Australia and the Australian Capital Territory, ACT on Monday announced a state of emergency to curb the spread of coronavirus.

Premier Daniel Andrews of the state of Victoria explained that the emergency powers have never been used before.

“That gives you, I hope, a really clear sense about the unprecedented nature of this public health emergency, this really significant challenge,’’ Andrews said.

The state of emergency in Victoria will last at least four weeks starting from midday (0100 GMT) on Monday. It means authorised officers in Victoria can quarantine places and people, detain them, restrict movement and prevent entry to premises to protect the public.

Australia has more than 300 confirmed cases of Covid-19, with five deaths, including the two reported overnight.

The Australian federal government on Sunday announced that all people travelling to the country must abide by a compulsory 14-day self-isolation at home or in their hotel.

State police will enforce the rule and breaching the order could land the offender a fine of up to 20,000 Australian dollars (12,350 US dollars), depending on state jurisdictions.