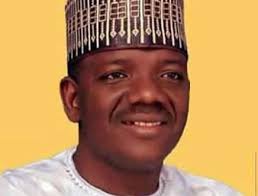 Zamfara State government after investigations has discovered that no fewer than 200 workers whose names are on the state government’s payroll are ghost workers.

This was revealed in Gusau on Friday in a statement issued by the state Commissioner for Finance, Alhaji Rabi’u Garba.

Garba further disclosed to newsmen that the ghost workers were discovered during the ongoing civil servants’ verification exercise under the State Hospital Service Management Board, HSMB.

He said; “When the present administration came in, we had 287 medical doctors in the government’s payroll purported to be working in various General Hospitals across the state under HSMB.

“After the investigation, we discovered that only 87 doctors are genuine, all the remaining 200 were non-existent.

“Before now, the state government used to pay N389 million as monthly salary to doctors and other healthcare workers under the board,” Garba added.

Speaking further, Garba said that with the development the state government will be saving N120 million monthly from the ghost workers discovered under the board.

“Another serious problem we found in the board was that some workers without health qualifications were receiving health workers salary.

“We consider implementing that report, because as a responsible government we cannot allow somebody with SSCE or other non-qualifications to be collecting duty call and shift allowances from the government,” he added.