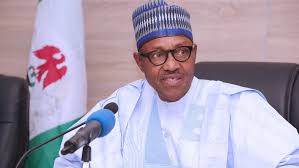 President Muhammadu Buhari, has said that the free fall in oil prices to $32.55 requires that Nigeria need to seeks growth in other sectors of the economy.

Downtrend in the international oil market deepened early Friday with oil prices falling for the third straight day, setting in motion the biggest weekly drop of Brent crude (the benchmark for Nigeria’s Bonny Light) since 1991 and the worst week for West Texas Intermediate, WTI crude since 2008.

The ravages of the corona virus pandemic are still very much strong on the market with Brent crude losing 67 cents or 2% per barrel at 01:26 West African Time, WAT after tumbling by over 7% on Thursday.

According to Reuters, the WTI might slump by 25% this week, marking the highest drop since the week of 19th December 2008, when it cratered by 27% at the peak of the Global Financial Crisis.

A floodgate of low-priced oil has been opened into the market by Saudi Arabia and the United Arab Emirates, UAE, strengthening the strain on oil prices in the aftermath of a failed price supporting deal with Russia last week.

Speaking at the Presidential Villa Wednesday night at a dinner with members of the “Going for Growth 2.0 Roundtable,” the president admitted that the trend would adversely impact the ability to deliver planned infrastructure as government faces dwindling oil revenue.

Buhari said “The onset of the corona virus in December 2019, which has spread to over 100 countries, is having a significant impact on global growth, as well as commodity prices such as crude oil, which has dropped by over 45 per cent since January 2020.

“These external challenges have only served to reinforce the importance of ensuring that Nigeria is self-sufficient in the production of strategic goods.

“They have also highlighted the fact that we need to continue to implement measures that would enable growth in other sectors of our economy and reduce our dependence on earnings from crude oil.

“For these objectives to be achieved, the vital role of the Nigerian private sector cannot be disputed or overemphasised.”

The President noted that his regime had long considered the diversification of the economy a priority it must pursue as a long-term answer to the volatility in the oil market.

He therefore enjoined the private sector to help in achieving the self-sufficiency dream, assuring that government would promote it in return.