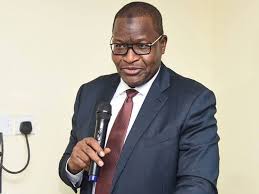 Statistics released recently by the telecoms industry regulator, the Nigerian Communications Commission, NCC, Mobile voice subscription across networks moved up slightly from 184.7 million in December 2019, to 185.74 million in January 2020.

The statistics, which was obtained from the NCC website, however, showed that fixed-wired line subscription reached 107,272 in January this year, up from 107,154 in December last year.

“IPNX, one of the oldest fixed-line service providers got the least number of fixed wired line subscribers of 2,087 as at January 2020.

The statistics also revealed that Visafone and Multilinks have not added any fixed wireless subscriber to their networks since April 2019.

The statistics revealed that MTN maintained the position of the largest telecoms operator in the country since its rollout in 2001, adding a huge number of subscribers on its network on a yearly basis.

According to the report, as of January 2019, MTN recorded voice subscriber number of 66.7 million, and in March 2019, it recorded 65 million subscribers.

For Voice over Internet Protocol, VoIP, which ntel and Smile are currently operating, ntel had in January 2019 recorded subscriber number of 6,498, but the figure dropped consecutively same year in February, March, April, and May, to reach 4,321 subscribers in June 2019, before picking up in July same year to 4,556 subscribers and further increased to 4,579 in August but dropped again to 4,562 in September, with a further drop in October, November and December same year to 4,450, 4,231 and 3,904 respectively. In January 2020, it further dropped to 3,595.