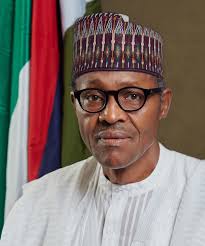 President Muhammadu Buhari has approved the appointment of members of the Governing Board of the Nigerian Maritime Administration and Safety Agency, NIMASA and Nigerian Ports Authority, NPA.

Permanent Secretary, Ministry of Transportation, Mr. Sabiu Zakari disclosed this in a statement on Tuesday in Abuja.

According to Zakari, the presidency named Hon. Asita as Chairman of the Governing Board of NIMASA.

The Permanent Secretary said Bashir Jamoh, took over from Dakuku Peterside, whose tenure had expired as Director-General of the agency.

He asserted that Mr. Ghazali Muhammed, Sen. John Akpanuoedehe, Sen. Binta Masi Garba, Alh. Mustapha Dutse and Abdulwahab Adeshina, were members of the board of NPA.

He however added that Hadiza Usman remained the Managing Director of the authority.

According to the permanent secretary, the members of both boards would be inaugurated by the Minister of Transportation, Rotimi Amaechi, on Friday, March 20, 2020.

It has been reported that Jamoh, who is the 6th Director-General of NIMASA, in his speech shortly after taking over, expressed confidence that his team would take the agency to the next level.