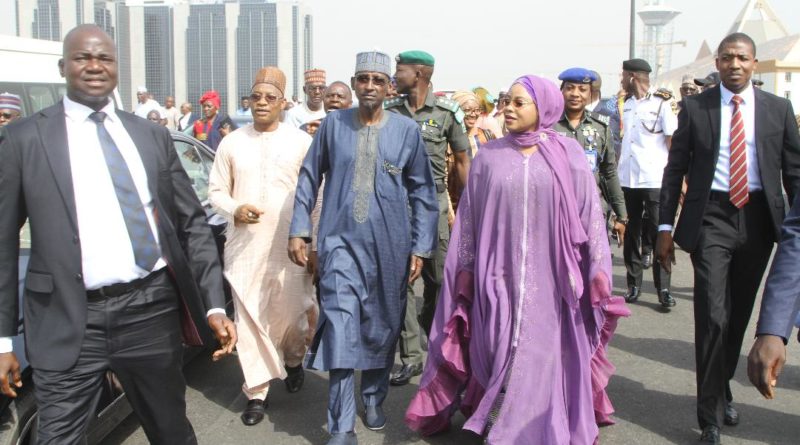 Conducting Journalists round major points of the road, Malam Bello said, “This is one particular project on which we have spent enormous amount of time and resources because without completing this project, the northern and southern sectors of Abuja would not be connected.

“We’ve allowed traffic movement for the last few months just to allow construction to continue. But we have reached a certain milestone where we will now start enforcing the one-way traffic system”.

The Minister explained that in the last few years, the FCT Administration had spent a lot of time and resources towards the completion of major arterial roads within the city while expressing joy that most of them have reached a level of completion and could now be opened to the public.

Bello, while describing infrastructure in Abuja as second to none in Africa, commended the efforts of Engineers of the Federal Capital Development Authority, FCDA and SETRACO, the contractors handling the project, for a job well done.

He however urged the contractors to expedite efforts to ensure 100 per cent completion of the project.

The Minister said: “I’m so pleased to say that the partnership between the FCDA and SETRACO Nigeria Limited has been very beneficial to the city because I am sure all of you know that the twin bridges were concluded about the same time and you can see how these bridges were able to link the northern and the southern parts of the city”

“For us, this is a very important project. It also underscores the cardinal principle of President Muhammadu Buhari’s Administration, which is infrastructure, because the way that Nigeria is growing and cities like Abuja are growing, if we do not complete major infrastructure projects, it will affect our economic development”.

Still speaking on the president, Malam Bello said “if you look at what President Muhammadu Buhari is doing with emphasis on the road, rail and telecommunication infrastructure, you’ll find out that this is the foundation of any meaningful development”.

While charging residents of the city to use the infrastructure provided by the FCTA properly, the Minister also thanked the Senate for approving the portion of the Federal Government foreign loans that affect the FCT.

He said “they approved two very important projects- the continuation of the phase two of the Abuja Light Rail project as well as the widening of the Greater Abuja Water Works.  These are all very fundamental legacy projects, the benefits of which we will see in many years to come”.

The remaining stretch of the road which ends at Nnamdi Azikiwe Expressway has also been completed.