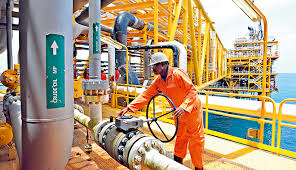 US oil industry lobby group American Petroleum Institute, said a ban on oil and gas drilling in the United States proposed by US Democrat presidential hopefuls will cost the economy $7 trillion.

In a new report, the API calls out the price climate plans laid out by the Democrat party frontrunner socialist Bernie Sanders and another party hopeful, Elizabeth Warren, alleging that their plans to ban fracking across the nation would chip away $7.1 trillion from the gross domestic production over the next decade.

The API didn’t stop there. Its report laid out a laundry list of complaints with the leftist proposals, which would not only see a total ban on fracking, but which would also stop federal natural gas and oil leasing. In addition to the $7 trillion cost, the API suggests in its report that it would increase America’s reliance on foreign fossil fuels and increase costs for farmers and homeowners, Reuters said.

The Democrat candidates, however, suggest that the extraordinary measures is what is necessary to address the “climate crisis” by transitioning to greener energy.

Their solution, along with coming up socking it to taxpayers for $7.1 trillion, in part, includes retraining any displaced oil and gas workers.

But the Democrat’s timing on the energy revolution couldn’t have come at a worse time for US oil producers who will likely fight to the death, after a few years of bang-up production in the United States gave the nation a new level of energy dependence that has freed it—in part—from OPEC’s puppet-master ways of choking oil output amon