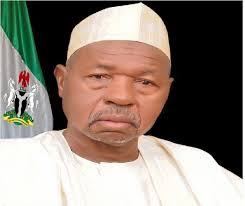 Katsina State government has begun the construction of a N3.3 billion economic green zone project in the state.

The 800 hectares project under construction along Katsina to Jibia road is aimed at unlocking investment potential for sustainable development in the state and Nigeria at large as well as providing job opportunity to the unemployed youths in the state.

Jikamshi said the project would also attract investors and marketers both national and international that would bring accelerated and sustainable industrialisation to the state.

He said, “ Katsina State is equally providing not only the basic infrastructure but more of the infrastructural facilities and is now the only state in Nigeria now creating an economic green zone along Jibia road on 800 hectares of land and we have started developing 100 hectares as a first phase of the project to the tune of about N3.3billion.”

The DG further said government also was equally working with the Federal Ministry of Trade and Investment to create an integrated textile garment park in Funtua local government of the state.

Jikamshi explained that the integration became necessary because Katsina is first in terms of cotton production in the north and the nation at large.