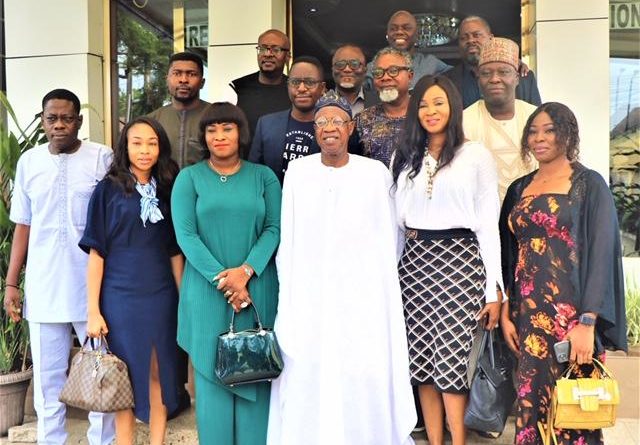 National Broadcasting Commission, NBC has commenced the
implementation of the reforms approved by the President to strengthen
the NBC’s regulatory role and make it more effective.

The Minister of Information and Culture, Alhaji Lai Mohammed,
disclosed this in Lagos on Friday at a meeting with the Filmic Group,
a platform for Creative Industry Practitioners comprising movie
producers, theatre directors and content producers, among others.

“I can confirm to you that the current NBC Management and Board have
begun the actual implementation process. I am reliably informed by the
Acting Director General of the NBC, who is here with us, that in the
next two weeks, there will be a stakeholder Validation Conference to
endorse the new initiatives in the industry, after which the necessary
amendments to the Broadcasting Code on Monopoly and Anti-Competition,
unwholesome content on social media and other amendments will be
published for the public and the industry,” he said.

Mohammed said the process for the amendment of the NBC Act has
begun and that an Executive Bill will soon be sent to the National
Assembly for further legislative action.

On improved welfare package for the staff of the NBC, Alhaji Mohammed
said the Board of the Commission has received the approved
recommendations and is in the process of implementation.

“You can now see that this reform is not a fluke. I therefore want to
challenge your group, and other stakeholders, to continue to cooperate
with the industry regulator in order to ensure a faithful
implementation of the recommendations,” he said.

In his remarks, one of the leaders of the Filmic Group and a prolific
movie producer, Mr. Mahmoud Alli-Balogun, thanked the Minister for the
implementation of policies aimed at revolutionizing the creative
industry and unlocking its huge potentials for wealth creation and
employment generation.

“I want to say that since the deregulation of broadcasting in Nigeria,
I think what we have today that we are sort of celebrating in advance
following its complete passage is a landmark occurrence in the sense
that since deregulation, we have had the short end of the stick.

”But with what you have done, Honourable Minister, I think we can
begin to sing ‘Uhuru’ because as content producers, we have been at
the mercy of the other people in the value chain,” he said.

Another member of the Filmic Group, Mr. Obi Asika, said with the
unfolding of the new policies in the broadcasting industry, within the
next couple of years, 50 new viable channels could be floated to
provide entertainment and create more jobs, in view of the nation’s
huge market and the commitment of the industry players.

The NBC Reforms Implementation Committee submitted its report to the
Minister on 19 Nov. 2019 with far-reaching recommendations aimed at
strengthening the regulatory role of the Commission and unlocking the
creative ability of Nigerians by abolishing Monopoly and
Anti-Competition in the broadcast industry.

The Acting Director General of the NBC, Prof. Armstrong Idachaba, who
chaired the Reforms Implementation Committee, accompanied the Minister
to the meeting with the Filmic Group