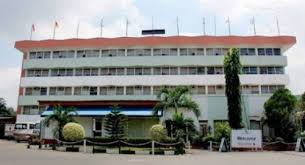 As the news of Covet 19 continued to spread, management of Lagos Airport Hotel, Ikeja, has debunked claim by Lafarge Plc that the Italian who brought Coronavirus to Nigeria, first slept at the hotel before coming to the company in Ogun State.

The Lagos Airport Hotel management described the report as a lie and untrue, as no Italian ever visited the hotel as claimed by Lafarge.

Lafarge’s Industrial Director, Segun Soyoye, had said in a report by the News Agency of Nigeria, NAN that “The Italian came for a business visit. He was in Lagos on Monday and slept at Airport Hotel, Ikeja. Our driver took him there, and when we observed abnormal temperatures and symptoms, we quickly instituted an Emergency Response Team which is led by the Company’s CEO; we have to find a way of analysing and identifying not only the Italian but also the other contacts.”

However, the Managing Director, Lagos Airport Hotel Limited, Ikeja, Kayode Bakare, told newsmen on Monday that it was shocked to read such report online, saying that it was not true.

The hotel’s manifest for Monday, 24th, February, 2020, when the Italian arrived Nigeria and in deed for the entire week is there for anyone to crosscheck,” he said.

Bakare showed newsmen the manifest for that day which had 21 customers who lodged in the hotel and they were all Nigerians.