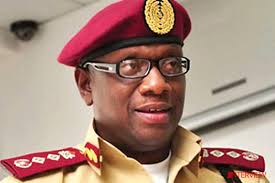 The Corps Marshal, while congratulating the new appointees, stated that the new postings were aimed at rejuvenating the Corps and strengthening it for improved service delivery in line with the positive service orientation of by President Muhammadu Buhari.

He wishes them well in their new positions, adding that the postings must be seen as a call to more dedication to duties and service delivery.