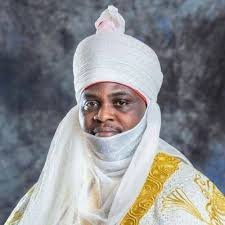 Speaking during an event marking the adoption of the school in Ilorin on Thursday, the founder of the foundation, Alhaji Waziri Yakub Gobir, said that the organization would provide N100 million for development of the school for the next five years.

Alhaji Gobir, an illustrious son of Ilorin Emirate, said that it behoves on him to complement efforts of the state government and that of the teaching staff of the school at improving the standard of education in the state.

The donor, who is also the traditional title holder of Waziri Kasa Hausa, said that education is the best legacy to bequeath to future generations, added that the foundation would embark on development projects, one after the other, in a way that is aimed at turning the school to a model school at every holiday period for the next five years.

Alhaji Gobir also said that his intervention would be a lifetime approach, adding that failure of other educational interventions in the country is due to lack of continuity.

Waziri also said that primary education is the basis of future academic excellence in every child, adding that whatever level attained in education is affected when the primary level is faulty.

He, therefore, commended the teaching staff of the school for sustaining academic excellence that the school is noted for over the years, saying that his efforts at developing the school was to give back to society and promote quality education in the area.

Also speaking, the education secretary of the Ilorin East local government area, Alhaji Abdulahi Hassan, said areas of urgent attention in the school include the provision of furniture and toilet facilities, adding that “there is no single toilet for both pupils and teachers since the school B was established.

Other advocacy needs are repair of school borehole, equipping of the computer room, science kits, the supply of ceiling fans, teachers, pupils furniture, welding of windows and doors, burglary of windows for securing classrooms, painting and flooring of classrooms, renovation of the chalkboard, among others.