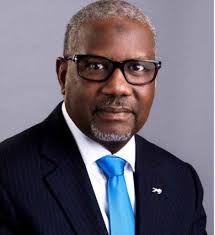 Manufacturer Association of Nigeria, MAN has described the lean 0.14 per cent GDP growth rate recorded in the fourth quarter of 2019 as a strong indications that Nigeria will not be ready for the AfCFTA commencing in July 2020.

MAN in its preliminary position on the recently released GDP numbers by National Bureau of Statistics, NBS said the statistical narrative of manufacturing growth as presented by NBS showed the sector sustained positive but meagre growth of 0.14per cent when compared to the reported 1.24per cent growth in the 4th quarter of year 2019 with the 1.1 per cent recorded in the 3rd quarter of the same year.

“This development clearly depicts that the manufacturing is still struggling. This is not too good for an economy that will soon be exposed to the vagaries of the AfCFTA that would commence effectively July 2020,” he said.

Ahmed stated that the Real GDP growth rate though impressive in view of the fact that the 4th quarter record represents the highest quarterly growth performance since the 2016, but largely below the desirable because the 2.55 per cent growth is still below the population growth rate of 2.6per cent.

Ahmed said, “In specific terms: the 4th 2019 GDP growth reported by the National Bureau of Statistics is positive, progressive, impressive but still largely below the desirable for a large economy like Nigeria.”

He however opined that for government to facilitate steady economic growth, more so in the light of an impending AfCFTA, “the real sector must be encouraged and supported through provision of basic infrastructure, especially electricity; allow manufacturers access to forex for importation of raw materials that are not available locally; improved patronage of made -in-Nigeria products, provision of production driven incentives; elimination of incidences of multiplicity taxes, levies/fees and provision of an environment friendly to manufacturing.”

The Association also reemphasised the need for government to consciously continue to address perennial issues hindering optimum performance of the real sector of the economy to guarantee improved performance and sustained growth.

The MAN boss said that the meagre growth recorded stemmed from the fact that it moved a little farther from the negative region.

Ahmed advised that the positive trend could only be sustained if government ensures that its Ease of Doing Business reforms translates to reduction in the cost of doing business thereby resulting in a real GDP growth that may again surpass the 2.0 per cent projection for 2020.

He added that, “in broad terms: the 4th quarter GDP growth evidently signifies hope rising, a sign of greater things to come, if and only if government continues to sustain the ongoing reforms and policy direction.”