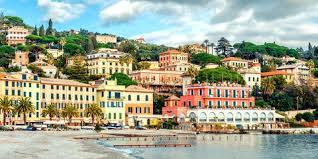 Italy urged tourists spooked by the new coronavirus Thursday not to stay away, but efforts to reassure the world it was managing the outbreak were overshadowed by a sharp rise in case numbers.

Hotel bookings have slumped and nearly a dozen cities in the north are in lockdown as the number of infections reached 650 and deaths hit 17, by far the highest in Europe, according to the latest figures from the civil protection agency.

An Italian businessman tested positive for the virus in Lagos, Nigeria on Friday. He was said to have flown from Milan, Italy into the West African state.

Lithuania also confirmed its first case of Coronavirus on Friday after an Italian woman from Verona flew into the country.

As alarm grows, Foreign Minister Luigi Di Maio condemned “false reports circulating abroad” about panic in the country, saying they were doing “more damage” than the virus itself.

“If schools are open, if our children are going to school, tourists and business people can come,” Di Maio said.

“Out of over 7,000 towns in Italy, just over a dozen are affected by this epidemic.”

The latest toll was a sharp increase from the previous official tally showing 528 infections and 14 deaths.

That was up from 400 cases and 12 fatalities on Wednesday.

Explaining the steep rise, civil protection chief Angelo Borrelli said Wednesday’s figures had not included all the data from the northern Lombardy region, the most badly hit part of the country.