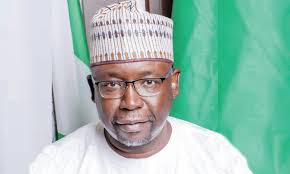 National Emergency Management Agency, NEMA has announced that it has received another batch of 116 Nigerians, who volunteered to be repatriated back to Nigeria from Libya.

According to him, “The returnees were brought via Al Buraq Air Boeing 737 Aircraft with flight number UZ 188/26 and registration number 5A-DMG-MJI”

He said that the returnees were brought by the International Organisation for Migration, IOM and European Union on the platform of the Assisted Voluntary Returnees, AVR Programme.

It was reported that other agencies that received the returnees included the Nigeria Immigration Service, NIS and the National Agency for the Prohibition of Trafficking in Persons, NAPTIP.

One of the returnees, who identified herself as Sola Adeleke, 38 years old, appealed to the Federal Government to deal decisively with human traffickers, who misled Nigerians with fake information on greener pastures that does not exist outside the country.

Adeleke, an indigene of Ibadan, Oyo State, said the traffickers subjected their victims to inhuman treatment they would never expose their children to.

The returnee, narrating her ordeal, said she dropped out of school at primary four, adding that her mother approached a neighbour who was known to be helping young ones out of the country.

“The man told my mother that he would help me to get good job and that I don’t need to pay a dime in Nigeria, but until l starts work for a year,” she said.

Adeleke, a mother of five, said her husband was not treating her well and they had to divorce and returned to her mother.

She said it was hardship being experienced that made her mother to decide that she should follow the man (trafficker).

”My inability to communicate in English changed everything negatively as soon l got to Libya in 2016, as the well-known nice man (trafficker) turned out to be something different.

“He (trafficker) told me that I will work for him for one and half years without giving me a dime to take care of my feeding or anything.

“In Libya, once a lady gets there, the traffickers forced women to go into prostitution, and if she refused, there is a place that she would be taken to be flogged mercilessly.

”And by the time she survives the punishment, she would beg to prostitute freely for the trafficker to get his money, which is faster than being a housemaid.

“I will never advise anyone to travel to Libya or anywhere because the people are evil” she narrated.