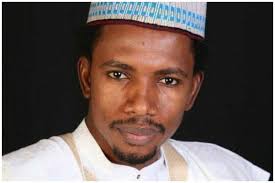 As the Senator representing Adamawa North, the People’s Democracy Party, PDP is seen to be engulfed in a glaring critical situation of internal party squabbles, Ishaku Abbo, said an individual has high-jacked the party’s affairs to his political advantage.

Abbo while calling on the leadership of the national party to interfere in the   current feeble imbroglio position of the party in the state, vowed his loyalty to the faction of Dr. Ardo, claiming that the movement is on the right track to improve democracy in the state.

While fielding questions on a local radio program in Yola, Abbo asserted that the party belongs to its members as a whole and not to a person who used it to achieve the political position.

The crux of the party has resulted in having what Abbo said reformed the PDP under the supervision of Dr. Umar Ardo, distancing themselves from the led faction of Barr AT Shehu.

According to him, “The fact is that a political party like ours supposed to belong to everyone, especially loyal members as they all contributed in its making from a scratch.”

Abbo stated that in a situation where the opposition is inevitable or evident after the win at the polls, and somebody is using his power to impose his values on other party members will not be accepted.