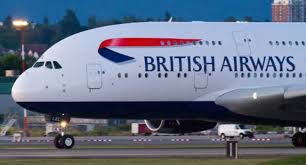 As coronavirus continued to spread across the globe, British Airways has announced flights cancellation to virus-ravaged Italy, where more than 400 people have been infected, a surge of 25 per cent in 24 hours.

Report has revealed that twelve persons have been confirmed dead.

British Airways earlier cancelled dozens of flights to Milan due to lack of demand.

The crisis continues to grow in Europe as Spain, France, Croatia, Austria and Switzerland have all recorded new cases this week and Greece, North Macedonia and Georgia all recorded their first cases.

The World Health Organization said yesterday that the virus is now spreading faster outside China.

According to travel experts, the outbreak could cost airlines around the world £23billion.

British companies are already suggesting employees reconsider whether personal or professional travel to certain countries is necessary in the current climate.

In Britain itself, 35 schools are on lockdown amid pandemic fears. At least two London offices were evacuated Wednesday after two separate employees began to show flu-like symptoms

Pupils at Prince George and Princess Charlotte’s school are self-isolating as they await test results.