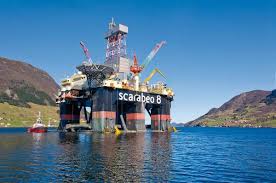 Italian offshore oilfield services company Saipem has activated safety measures to protect its workers, after the coronavirus outbreak in the country.

According to a report by Reuters, Italy is the most affected country in Europe, with coronavirus cases rising on Saturday to more than 150.

The report, published Monday morning further said that with three deaths reported so far, the government decided to close off the worst-hit areas in the northern regions of Lombardy and Veneto.

Subsequent reporting by the La Republica on Monday afternoon claimed six people in Italy had died, with 224 cases confirmed.

Saipem on Monday morning issued a statement that since Friday, February 21, all employees with residence in the municipalities indicated by the regions involved have been invited to stay at their home, avoiding social interactions.

“Saipem’s Health and Occupational Medicine structure is in contact with all the people involved through a direct communication channel to provide them with prompt indications and the best possible assistance,” Saipem said.

The oilfield services provider also said the work areas of its Milan offices have been sanitized during the weekend of February, 22nd, and 23rd, with specific viricidal and bactericidal products. The same action will be repeated daily in all Saipem workplaces, the company said.

Saipem also said that all missions abroad, to and from risk areas, are canceled and reduced to the minimum.

In addition, through the WHO (World Health Organization), the possible occurrence of further limitations against travelers to and from Italy is monitored and will be promptly notified, the company said.

“…the company has activated an assessment aimed at reducing the physical presence in the office while maintaining business continuity. We will take care to further communicate and update, both internally and externally, in real-time on the situation developments,” Saipem added.

According to Reuters, Europe’s share markets suffered their biggest slump since mid-2016 on Monday, on the back of the rise in coronavirus cases in Italy, South Korea, Japan, and Iran.

Milan’s stock market plunged over 4.5% after a spike in cases of the virus left parts of Italy’s industrial north in virtual lockdown.