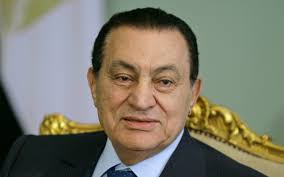 Egypt’s former autocratic president, Hosni Mubarak has died at the age of 91.

Mubarak, who was likened to a modern-day pharaoh, was confirmed dead by the state TV on Tuesday at the Maadi military hospital in Cairo.

The strongman ruled Egypt with such tenacity that he was forced to resign on 11 February, 2011, after 18 days of protests, when the Egyptian public poured into the streets by the millions, stripping authority from a man who had been likened to a modern-day pharaoh.

His 30 years in office were riddled with repressive police tactics, public uprising, corruption, and poverty.

On March 24, 2017, he was released after being convicted for a minor case.

He had survived multiple assassination attempts, held power longer than anyone since Muhammad Ali Pasha, the founder of the modern Egyptian state, suppressed a wave of terrorism by Islamic fundamentalists and appeared even to defy the gravity of age.