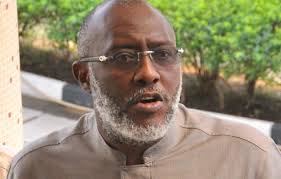 Justice Okon Abang, on the first count in his judgement, ruled that a former National Security Adviser, Sambo Dasuki, unlawfully transferred the sum of N400 million to the defendants in November 2014.

Abang held that Metuh and his firm, Destra Investments Limited reasonably ought to have known that the sum of N400 million paid to them formed part of the proceeds of the unlawful activity of the ex-NSA because they had no form of a contractual relationship with the ONSA.

The judge declared that Dasuki transferred the money to the defendants “in breach of public trust.”

He added that contrary to the argument, the predicate offence and the money laundering offence were intertwined.