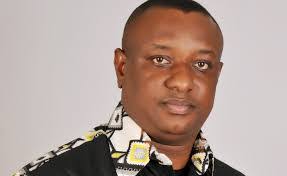 He cautioned the employers of labour in Nigeria, especially foreign nationals against maltreating workers, subjecting them to appalling working conditions, and punishing them for minor offences and under flimsy excuses.

According to him, “Nigeria is not a breeding ground for slaves. Nigerian workers are not slaves to be subjected to horrendous conditions and exploited. Employers of labour should not cash in on the vulnerability of unemployed Nigerians desperate for employment.”

Keyamo stated that under the proposed Review of Labour Laws, government would put in place laws that guard against employers of labour subjecting employees to inhumane treatments that take away their safety and dignity.

He disclosed that laws on safety at work, child labour and others would be comprehensively explored in the process of reviewing the labour laws, noting that the international community is concerned about child labour.

Keyamo observed that many labour laws in operation have not been properly protecting workers in Nigeria, and needed to be reviewed, adding that the directive by President Buhari for that review was borne out of his concern about the plight of Nigerian workers.

He stated that the Ministry, in collaboration with its social partners, as part of the review process, had called for memoranda from the public aimed at facilitating and enriching the process.

According to him, a lot of memos had come in and the Ministry, the social partners and other stakeholders “would soon commence the process of sieving through and compartmentalizing those memos.”

He further stated that government had also come up with many schemes to boost the socio-economic well-being of those on the lower rung of the social ladder, employed and unemployed alike, and the they include a job creation strategy known as Public Works Scheme, to be carried out in five local government areas each in eight pilot states.

Keyamo noted that under the scheme, which had already taken off in Bornu State, 1,000 beneficiaries per local government would engage in community work peculiar to their locality and would be paid N20,000.00 a month for three months. The payment would be expected to serve as seed money for the beneficiaries to set up micro enterprises.

Speaking earlier, leader of the Buhari Supporters’ Club, Lauretta Onochie, said the group came to present its contribution to the process of the review of the nation’s Labour Laws.

She said the group investigated how foreign employers of labour treat their Nigerian work force, and described the condition under which those workers operate as unpalatable, unfair, and un-dignifying.