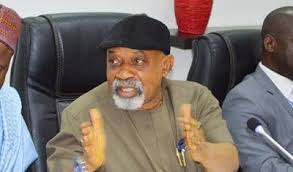 The Minister of Labour and Employment, Sen. Chris Ngige has urged the member countries of the African Regional Labour Centre, ARLAC to adopt active policies and programmes to tackle unemployment and poverty in order to check the consequential social tension and violent crimes.

Speaking at the 46th session of the ARLAC with the theme “Strategic Objective On Social Protection” held in Kampala, Uganda, the Minister said poverty reduction would easily be achieved by harnessing the efforts of various agencies and departments charged with the strategic objective of social protection.

According to the Minister, “Africa is replete with tales of worrisome level of child labour, human trafficking and exploitation, irregular migration, youth restiveness, terrorism, armed banditry and arson among others.  Addressing this as the theme of this high level symposium could not have therefore come at a more auspicious time,” the Minister enthused.”

To achieve this, he called for the faithful implementation of the pro-people development model as articulated by the Director General of the International Labour Organisation, ILO Guy Ryder, during the International Youth Conference in Abuja last year.

This according to him includes, “the pro-employment and economic policies, policy investments in education and skills, promotion of youth entrepreneurship and employment, labour market policies as well as respect and protection of the rights of the young persons.”

Sen. Ngige who is also the Chairman of the Government Group of the Governing Board of the ILO  similarly informed the gathering that  the Buhari administration has relatively achieved a synch with the ILO’s development template  through the strategic operationalization of an integrated employment and empowerment strategy in the national  development paradigm.

“The pro-employment macroeconomic policies for job creation ought to be a multi-sectoral agenda of government, traversing ministries and agencies. This is exactly what the federal government of Nigeria is currently doing by setting clear targets on key economic sectors with high propensity for job creation such as Agriculture, Mining, Works and Housing, Trade and Investments as well as in special agencies like the National Social Investment Programme as the fulcrum for job creation,” he added.

The Minister also noted that notwithstanding challenges, Nigeria has increased focal investment in education and skills acquisition in order to contain the mismatch between educational skills and demands of the labour market.

“We are working to align the prerequisites of the labour market with the capacity of the labour force in a way to create synergy and ease responsiveness to innovations. Our Ministry of Labour and Employment is currently spearheading the shift of emphasis from white collar job to the growing opportunities that abound in the blue collar market in line with the changing world of work,” Ngige highlighted.

He further said there was an urgent need for member countries to direct energy on the implementation of the decent work priorities and the Sustainable Development Goals as articulated in the Abidjan declaration of the 14th African Regional meeting “Advancing Social Justice, Shaping the Future of Work in Africa,” held in Cote d’Ivoire  in December 2019.

He equally commended the government of Ethiopia for the supportive and coordinating role it has been playing for the Africa group since last year Nigeria has been in saddle as the chair of the Government Group of the ILO Governing Board.

“We hope that as we approach the next elections into the governing board which is due in June this year, those that will take over the mantle of representing the continent will work harder, perform better and be able to surpass the achievements of the present board,” he pleaded.

He finally called for support for Nigeria and other African countries already nominated for positions in the ILO Governing board in the election scheduled for June this year.