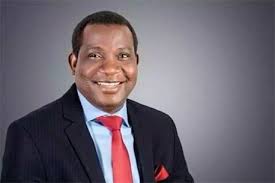 Governor Simon Bako Lalong, has inaugurated the Plateau State Justice Sector Reform Team, for the purpose of driving and monitoring the implementation of the Administration of Criminal Justice Law signed into law in 2018.

While inaugurating the team in Jos, Governor Lalong said the smooth and effective dispensation of justice to the citizens of Plateau State is a very important aspect of his government’s vision which believes in the rule of law.

The Governor said, “The establishment of the Justice Sector Reform Team in the Administration of Criminal Justice Law of Plateau State will address some of the vexed problems facing the Criminal Justice Sector. These problems such as delay in the prosecution of cases, occasioned by the antics of defence Counsels who often seek frivolous adjournments, stay of proceedings and interlocutory Appeals with the aim of frustrating speedy trials of Criminal cases will be eliminated”.

Lalong also expressed hope that congestion within Correctional Service facilities often caused by the large number of detainees awaiting trial; indiscriminate arrest and detention of Persons by some Law enforcement agencies and the absence of effective coordination among the Institutions involved in Criminal Justice Administration will be drastically curtailed.

He charged members of the team to ensure that they make the dispensation of justice seamless, so that people will not have any reason to resort to self-help or lose confidence in the courts.

Chief Justice of Plateau State, Justice Yakubu Gyang Dakwak, who is the chairman of the team, said the implementation of the Administration of Criminal Justice Law has come up with solutions to most of the loopholes in the procedural Laws, by entrenching provisions that limit the number and frequency of adjournments that may be granted in Criminal trials as well as abolishing the grant of stay of proceedings while interlocutory appeals are being pursued.

He appealed to all the members of the team to use their positions as representatives of various frontline agencies to promote the dispensation of justice to all persons in the State.

Attorney General and Commissioner of Justice, Barrister Chrysantus Ahmadu disclosed that because of the work that has already started under the administration of criminal justice law, Plateau State has more convicts than awaiting trial inmates at its Correctional Centres as some interventions have started.

In their goodwill messages, Commissioner of Police Plateau State, Comptroller, Correctional Services, NBA Chairman, National Human Rights Commission, Legal Aid Council and other stakeholders reiterated their willingness to work for the success of the initiative.