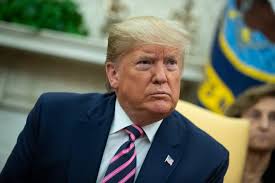 Minister of Labour and Productivity, Dr. Chris Ngige has called on the United States of America to assist Nigeria in the area education, especially provision of logistic among others.

Ngige made the call yesterday when the United States of America’s ambassador to Nigeria, Mary Beth Leonard paid a courtesy visit to the Minister in his office in Abuja.

He said that countries like Sudan, Cameroon among others have been receiving assistance form the US government, expressing dismay that Nigeria has been skipped out.

The Minister asserted that Nigeria and the United States of America have been having good working relationship before, adding that he wants that relationship to continue.

On the visa ban on Nigerian, the Minister called on the US to lift the embargo as it affects professionals like Medical Doctors, Engineers and Artisans rendering services to the U.S.

According to him, “Like I said before, not all Nigerians are bad, there are good ones. In any country, you will found good and bad people”

The U.S ambassador to Nigeria, in her response stated that the immigrant visa ban against Nigerians which generated lots of controversies in the last few weeks, will be reviewed if certain conditions are met.

Leonard stated that the United States government wants Nigeria to sort out problems with information sharing.

“What Secretary Pompey said was that it was meant to be temporary. And it is about problems with information sharing which are investigable, achievable and resolvable and we look forward to Nigeria in a very short time being able to meet those information-sharing goals so that the decision can be reviewed” she said.