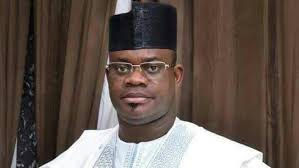 Coalition of Bassa Elites, CoBE has called on Kogi State Governor, Alh. Yahaya Bello to take a decisive measure against the ethnic cleansing agenda perpetrated against the Bassa people by Igbura koto and Igbura Mozum Militias.

CoBE which expressed worries over the way and manner the Igbura militia group frequently and recklessly launching attacks against the Bassa people, also urged the state government to do something urgently to save the lives and properties of the people.

The group in a communique issued in Abuja and signed by its National Chairman, Barr. Zagana Gbaje and the Secretary, Mr. Ephraim N.D Simon, has accused the Igburas of Mozum in Bassa and that of Koton-Karfe Local Government Areas of Kogi State of using their Koto militia goups, hired machineries and some crops of unprofessional security personnel to destabilize the peace of the two LGAs, resulting to destruction of lives and properties worth millions of Naira.

The communique read in part: “You would recall that the Bassa nation over a month ago precisely on the 3rd of January 2020 were attacked by the Igbura koto militia in Tawari village in Koton karfe L.G.A in Kogi and are yet to recover from the shock of the gruesome murder and massacre of innocent Bassa people in cold blood where over 25 persons lost their lives.

“While the Bassa people are still mourning their loved ones who lost their lives unknown to us the branch of Igbura koto militia, the unrepentant Igbura Mozum Militias  yet again on Friday 14th February 2020  launched another attack on  Bassa communities in their capricious manner in Bassa Local Government, Kogi State under the crafty and subtle claim that the attackers were kidnappers just the same way they hastily pointed accusing fingers at the Fulani herdsmen over the massacre of Bassa people in Tawari village.

“It’s preposterous and highly offensive that our attackers the Igbura Mozum are now the ones crying foul that The Bassa in collaboration with Agatu militias have placed their villages under siege.

“The Coalition of Bassa Elites wish to condemn in totality the way and manner the Igbura Mozum Militias kill and maim innocent Bassa people to the point they are almost turning it to ‘Sport’.

“It Should be noted that the Igbura Mozum of Bassa  as a matter of ethnic Agenda and policy do not value the lives of any Bassa person”, the statement said.

CoBE however, is calling on the Governor of Kogi State, Alhaji Yahaya Adoza Bello, to come for their rescue before the worst befall them as they continue with their evil massacre against Bassa people.

“The Coalition of Bassa Elites is calling on The State Governor His Excellency Alh. Yahaya Bello to take a decisive measure against the Ethnic cleansing Agenda perpetrated against the Bassa people by the duo of Igbura koto and Igbura Mozum Militias.

“The Igbura Mozum Militias In Bassa LGA of Kogi state is unleashing serious Terror against the Bassa people destroying lives and properties worth millions of Naira.

“As a law abiding people we call on the State Government to come to our aid to secure the lives of our people.

“If the government fails to prevent this frequent attacks we do not want the Local Government Area to slide into a state of anarchy.

“We have received complains and allegations from our people against some security personnel taking sides with the Igbura  Mozum Militias to unleash terror against our people.

This is highly condemnable

“While we do not intend to indict any person we want to urge all security personnel posted to the Area to remain professional in their conduct by being neutral”, it added.

The group further noted that similar complaint was lodged to the National Human Rights Commission early this year after a murderous massacre that took place at Tawari village, in Koton-karfe LGA, which left not few than 25 people death by this same Igbura militias. They are equally calling on the National Human Rights Commission and other international agencies to intervene in the situation.

“We want to use this medium to once again call on the Executive Secretary of the National Human Rights commission to intervene to help protect the Bassa Race from ethnic cleansing by both the Igbura Mozum and Igbura Koto Militias.

“The Executive Secretary of the Human Rights commission would recall that a petition over the massacre of the Bassa people of Tawari village in Koton  Karfe LGA is  under investigation by the branch of Igbura Mozum Militias the Igbura Koto Militias by the Commission.

“We have been vindicated and it has become very clear that the Igbura Koto and Igbura Mozum militias are bent on wiping away our Race from existence in their respective Local Government Areas in Kogi state, but God would not allow them to prevail”