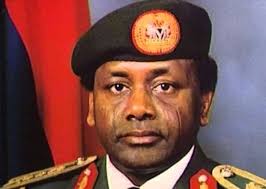 The youth leader made the appeal at a press briefing in Abuja,  lamenting that the Federal Government has deliberately excluded the FCT when it comes to national cake, adding that the nation’s capital host the most important sectors of the Nigerian economy.

According to David, “The marginalization, oppression, injustice and neglect of the FCT people, will not be allowed to continue forever”

people of Abuja serious, “our rural communities of the 62 wards if the FCT are suffering major infrastructural challenges and needed to be developed,  using the Abacha loot.”

“While we congratulate President Muhammadu Buhari on the recovery of another Abacha loot to the tune of $308 million, I, however, observe that the FCT is left out in the infrastructure development in the country both in the 2020 budget of the Federal Government, and in the distribution of the recovered Abacha loot for infrastructural development” he said.

“After about forty years of the pronouncement of movement of the capital of Nigeria from Lagos to another location which is today known as Abuja, there is no meaningful development in the rural areas in the FCT.

“Following the experience and harm visited upon us since inception of Federal Capital Development Authority, for example, Wuse which was moved out of its original location to Niger State now known as Sabon Wuse other than the name which still exists in the old site, there was no any benefit derived from that exercise for the people to this day.

“The original habitant of Maitama, Kukwaba, which were moved to Kubwa are suffering, experiencing unwanted hardship as they have no land of their own for farming and expansion.