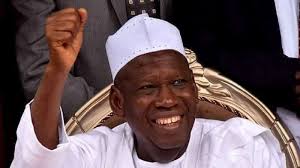 Kano State High Court has dismissed a suit filed by Kano kingmakers challenging the creation of four new emirates and the appointment of first-class emirs.

Delivering the judgement on Monday, the judge, Ahmad Badamasi, said the suit has been overtaken by events as the law creating the emirates has been quashed with the judgment of Justice Usman Na’Abba on November 21, which nullified the creation of the emirates.

All the kingmakers have been relieved of their district heads title by the new emirs, and new ones have been appointed.

Kano Concerned Citizens Initiative, under the leadership of Bashir Tofa, also challenged the creation of the new emirates in the High Court before the state chief judge, Nura Sagir, arguing that, it would divide the people.

Former president Abdussalam Abubakar and Northern Elders Forum under Ango Abdullahi, have also attempted to intervene in the matter, without success.

It has been reported that President Muhammadu Buhari said he has no constitutional right to intervene in the crisis, despite calls to do so from different groups and individuals.