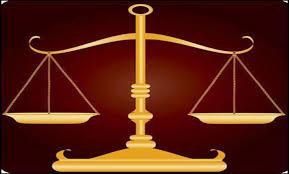 Federal High Court sitting in Lagos reinforced its order compelling seven officials of Wema Bank officials cited for contempt to appear before the court on Tuesday to explain why committal to prison order should not be made against them.

Recall that when the matter was mentioned on Monday last week, only the Secretary of the bank, Johnson Lebile, was present.

Lebile told the court that the chairman of the bank, Babatunde Kasali travelled abroad, why other Directors ordered to appear before the court today are not available.

However, the lawyer to the bank officials cited for contempt, Mr. Wemimo Ogunde, suggested to the court that he could advise Wema Bank to pay the judgement sum into the account of the Chief Registrar of the court, since there was appeal against the judgement of the court and application for stay of execution of the said judgement and other pending application so that the outcome of the appeal would not be made nugatory.

However, the counsel to Heritage Bank, Chief Ajibola Aribisala SAN, in a counter argument told the court that the business of the day was for the parties cited for contempt to appear before the court to explain why they should not be sent to prison for flagrant disobedience of order of the court.

He urged the court to issue bench warrant against those officials that were not in court, while the Company’s Secretary present in court should be sent to prison to show that the court was not a toothless bulldog.

In his reaction, Ogunde, while citing certain rules of the court said last Friday, the court issued order compelling the officers of Wema Bank cited for contempt to appear before the court and that by virtue of the rule of the court Sundays and public holidays were not to be counted, saying that in view of this provision, the time for them to appear would expire tomorrow.

After listening to the two parties, the presiding Judge, Chukwujekwu Aneke reinforced his earlier order for the parties cited for contempt to appear Tuesday, 18th of February, 2020.

Last Friday Justice Aneke ordered that Wema Bank Plc and its six officials cited for contempt for disobeying the order of the court should appear before the court – (today) Monday 17th day of February, 2020 to explain why they should not be sent to prison for flagrant disobedience of the extant positive orders of the court.

Heritage Bank then initiated garnishee proceeding against the parties in the two suits.

On 6th of December, 2019 the court made the order against Wema bank Plc absolute. attaching the principal judgement sum of 134,034,175.41; Wema bank Plc, thereafter deposed to affidavit that Ondo State Government has N744,771,993.3 standing to its credit and same has been attached in compliance with the order of the court, but the bank refused to comply with the order of the court to pay the money despite the demand made by Chief Aribisala SAN on behalf of Heritage Bank.

However, Wema Bank, in its response letter claimed not to comply with the order of the court based on the notice of Appeal and Motion for stay of execution filed by the Ondo State Government at the Court of Appeal.