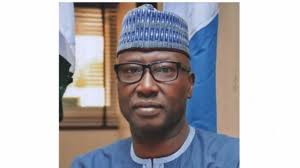 Office of Surveyor General of the Federation OSGoF is partnering with DC Premium Logistics DCPL, to increase the internally generated revenue of the agency.

This is even as Surveyor General of the Federation SGoF, Surveyor Adeniran Taiwo called on members of the public to be wary of all kinds of maps being sold in open market, pointing out that genuine maps could only be obtained from OSGoF.

The Surveyor General of the Federation SGoF, Surveyor Adeniran Taiwo made the disclosure while meeting with officials of DC Premium Logistics , DCPL and Solutions Limited in Abuja.

He added that any maps being produced today without geospatial data or information would be wasted.

He said that the Office of the Surveyor General of the Federation OSGoF, has the capacities to generate huge revenue for the Federal Government to enable it meet some of its obligations to the people.

He said that he is already working assiduously towards increasing the Internally Generated Revenue base of the Office of the Surveyor General of the Federation OSGoF.

He noted that the era of the civil service focusing only on the social aspects was gone, stressing that his emphasis would be on innovation and creativity for good revenue generation in order to help the government reduce the stress of spending scare resource on varying competing demands.

Head of Press and Public Relations, Abu Michael in a statement explained that DCPL is currently interfacing with the Commercial Department of OSGoF to upgrade its activities for the design of a portal that would capture data and information required for any purposes.

In their remarks, the DCPL Team led by Air Commodore Victor Aikhomu and its Commercial Director, Val Ozieh acknowledged that OSGoF has much capacity and constitutionally empowered to generate money for the Nigerian Government.

They noted that many groups and individuals have been discovered to be operating illegally without recourse to OSGoF, even as they pledged to continue to partner with OSGoF for value addition and for the Federal Government to reap huge benefits from the activities of OSGoF.