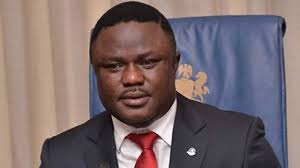 The Government of Cross River is working on modalities to review the ban on illegal logging in the state.

Chairman of the anti-deforestation Task-force, Odey Oyama made this disclosure Friday in Calabar.

Oyama said the review of the ban on logging is now imperative due to the relentless activities of illegal logging despite the ban by the Liyel Imke Administration about eleven years ago.

The chairman alleged that more than a hundred trucks of timbers leave Cross River weekly in spite of the ban on logging thus, denying the State huge revenue.

He disclosed this planned review during   a stakeholders’ meeting with members of Timber Dealers Association in the Southern and Central Senatorial districts of the state.

“This meeting is aimed at facilitating a harmonious working relationship between members of the Task-force and the dealers who are the primary stakeholders in the forestry business”. Oyama said.

He informed some journalists shortly after the stakeholders meeting that the Interactive session with the timber dealers was a huge success as a lot of issues as they affect the dealers, communities and government were trashed out.

“I am happy about the outcome of the meeting, to the extent that all the dealers are willing to do the right thing. They have not been given an opportunity previously to dialogue with government. Since the establishment of the task-force, I think this is the first time; they have an opportunity to sit with government representatives and discuss the problem we are all facing”. He said.

On their part, the Timber Dealers said activities of illegal loggers had thrown many of them out of business. They expressed satisfaction over the appointment of Odey Oyama as new chairman assuring that they will cooperate with the task-force to the benefit of the dealers, government and people of the state at large.