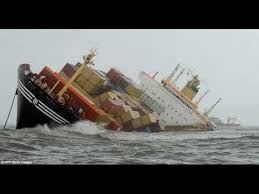 Five people have been killed after a tourist boat capsized in south-eastern Bangladesh on Friday, rescuers have revealed.

The boat which carried nearly 30 tourists overturned in Kaptai Lake, while it was on its way to the Sublang waterfall.

It was travelling from Rangamati district headquarters, located nearly 200 kilometres south-east of the capital Dhaka, said Ratan Nath, an official at the Fire Service and Civil Defence department.

He said his team retrieved the bodies of five people and rescued the survivors from the lake, which is the country’s largest artificial body of water.

It was created in the early 1960s when a dam was built over the Karnaphuli River for a hydroelectricity project.

Nath could not determine the reason for the accident.

Those who died in the accident were employees of a garment factory in Chattogram, he added.

Boat capsize deaths are frequent in Bangladesh, which is full of rivers.

However, experts have blamed the incident on poor safety measures and the lax implementation of regulations.