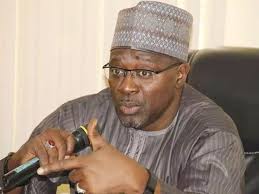 Director General, National Broadcasting Commission, NBC, Is’haq Modibbo Kawu, has rated Nigeria as one of the countries with wide spread radio listenership in the world.

Kawu who made this known in a speech to mark the World Radio Day with the theme, ‘Radio and Diversity’ in Abuja, said Nigeria ranks amongst countries with widespread of radio audience around the world.

He described radio broadcast as a very vital medium of information, noting that it has developed with widespread outreach throughout the African continent.

Explaining further, Kawu reiterated that the theme for this year is geared towards fostering unity through broadcasting.

According to him, a research carried out by Head of Audience Research at British Broadcasting Corporation, BBC, years ago, showed that Nigeria, mostly the northern part, has one of the widest listenership which explains how Nigerians believe in radio broadcast and its effect in mobilizing the people.

He also noted that as regulators of the broadcast industry in Nigeria, the NBC, has been astute in fulfilling its mandate to regulate broadcast, so as to ensure professionalism through the Nigerian Broadcasting Code and on a daily basis.

“we try to determine which broadcaster is doing the right thing and correct those found violating the code, “ he noted.

Kawu also urged Nigerians to continue to live in harmony through radio broadcast, as he added that Nigeria’s strength lyes in her diversity as a country.

Declared by United Nations Educational, Scientific and Cultural Organization, UNESWCO, February 13 every year, is celebrated as World Radio Day to celebrate radio broadcast in all its various technological forms and devices to improve international cooperation among radio broadcasters.