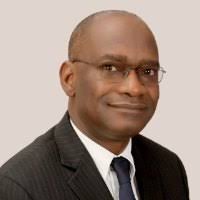 Managing Director, Federal Roads Maintenance Agency, FERMA, Engr. Nuruddeen A. Rafindadi, has assured the Government and people of Bauchi State of the determination of the agency to give special attention to the rehabilitation and maintenance of federal roads in Bauchi State, being the gateway of North Eastern States.

The MD made this statement when the Governor of Bauchi State, Sen. Bala Abdulkadir Mohammed and his team called on him in his office, FERMA Headquarters, Abuja.

Rafindadi however lamented the paucity of funds as a factor limiting the concerted efforts the agency is making to keep federal roads safe and motorable across the nation.

He commended the Governor for his leadership style and for recognizing the giant strides FERMA is recording in Bauchi State, adding that he was humbled by the coming of the Governor and for the excellent remarks made concerning the agency.

Earlier, The Governor of Bauchi, Sen. Mohammed in his address commended FERMA for the works done so far in Bauchi, saying that there has been improvement on the road sector, both in terms of maintenance and rehabilitation since the Managing Director assumed office.

He added that “I can say without fear of contradiction that there has been very impressive improvement in the maintenance of roads in the State.”

Mohammed further said that “The State will not be ungrateful to FERMA as they have benefitted maximally from the tremendous work FERMA is doing on the federal roads that traverses the State.”

The Governor added that there were however, some challenges which abound in the State because of the inflow of people from the neighbouring States as a result of its peaceful nature.

He asserted that the neighbouring states have in recent years been bedeviled by the activities of Boko Haram and other terrorist activities.

This he said, has overwhelmed and overstretched the usage of the road corridors and other social services, which in turn caused a lot of hazards on the roads.

He further highlighted Bauchi-Gombe-Alkaleri road as areas of concern as the Bauchi section of it has not been rehabilitated as against that of other sections of the road.

Other sections pointed out by the Governor, which are also of concern, are the Kari-Misau-Yana-Kwanan Huguma road and Yashi-Duguri road.

The Governor craved the indulgence of the agency to help rehabilitate these roads to ease the difficulty the road users encounter on daily basis.

He said, “we are pleading with you to come to our aid,  the roads have definitely failed, but even if it has failed, we have to go along with your mandate to maintain it in such a manner that it will be motorable, until the Federal Government gets funds to completely rehabilitate the roads”.

The Governor said the State was ready to partner FERMA to tap from the vast knowledge and experience as master of road sector to enable the State to perform well as they intend to establish a state own road maintenance agency.